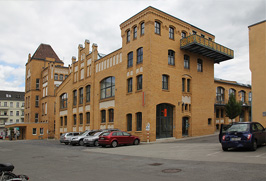 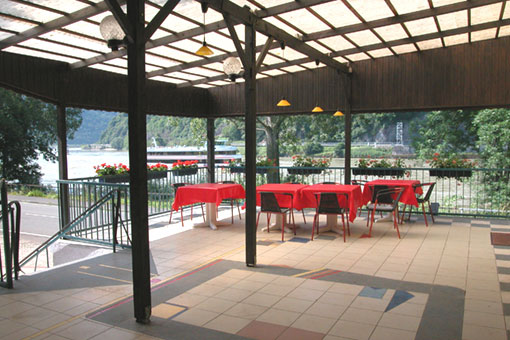 Vlado Buzancic
lvo Cenkovcan is an interesting human and artistic figure. His special way of expressing himself, his peculiarity, and relaxedness I first experienced in the fall of 1994 in HLEBINE, where I in great Inspiration opened this exposition at the "Gallery Hlebine". Oil on glass, "armed with his relief frames, specially created for each painting, become objects of art. Since then I have acquainted myself with his other paintings, partly through the originals, partly through first class slides, which had been created by an excellent photographer - lvo Cenkovcan himself.
His artist name is just „Ivo“, and that is how he signs all his works. Cenkovcan stands for documents, biographies, Molve, Hlebine, and the rest of Croatia.
At this year´s trade fair in Zagreb, in the so called „Arist's Pavilion“, he exhibited fifteen paintings with different visual metaphorics, his astrological series with all zodiac signs as well as his „Four Seasons“. The porcelain series — 12 Zodiac
signs and the Four Seasons in larger format — are manufactured by „A. Kaiser Porzellan“ in Germany.
His works are excellent artistic creations. The simultaneous affinity and diversity in Ivo's paintings on glass and on porcelain
is determined by the analogy of poetry, the ductus of the planning, subject to the format, which is an interpretation of a detail,
not the whole painting unless the picture is a model for itself in it's entirety or detail. For Ivo the whole painting depicts a
unique unity, in which principally several single realities, individual rooms and free rooms in different variations harmonize
together in surreality. This means, that here several meanings, stories and tales flow together, are integrated into one single work.
All paintings are biographic chronicles, pages in a life's novel, the artist's nostalgia and his unrast. Important components are illumination, large letters, initials, compressed initials — from which quite meaningful the tomorrow, and tomorrow continues.
For quite some time Ivo has been working by the motto „l´art pour l´art“. Art has taught him to use his innovative spirit in an extensive and energetic way. It supports him in his rebellion against restricting rules. lt has revealed to him his own artistic love for playing and shown him al possibilities. It has definitely helped him to face the logic of the irreal, the unconscious, direct his attention to the fateful logic of his own reality. All this is contained in his paintings, simply through the artistic conveyance, composition and completely balanced powers. Therefore there is nothing in his paintings that is not representing himself, his youthful past, his old and new, present triviality, disguised in dreams. Skilful and artistic he defends these essentiel dreams with careful activity and business efficiency.
His „Piglets“ in three unbelievable colors, two realities (the painting „My Grandfather“) his violins, celli, pianos — also in many varying colours — his electric guitars, his beautiful flying or floating ladies, his „Krovat“, his Zagreb, his „Kroacija“, his black and other magicians his notes with fatal red shoe and high deadly heel, his fish, parrots, owls… none of these can be separated from his biography.